where one is traded for sex,

The Super Bowl was just the other week. I’m sure we all enjoyed the parties and the excitement of the game. Personally, I most enjoy the commercials. But did you know that, according to the Huffington Post, the Super Bowl is the single largest human trafficking incident in the U.S.? We get all caught up in the hype of the Super Bowl. We get all excited, hoping our team will take home the win, but do we ever stop to realize..even for just a moment..that there are people just outside of the doors of the stadium who are being used, traded and abused, just as we are screaming and enjoying our appetizers? Slavery didn’t end in the 1800’s. Slavery still exists.

Maybe you knew this was happening, but did you know that many of the victims are as young as 5 years old? According to the U.S. State Department, 600,000 to 800,000 people are trafficked across the international borders every year.

Human trafficking is a multi billion dollar industry based on supply and demand. On average, a woman in sex trafficking may be forced to sleep with 10 or more men a day. A pimp may make $150,000-$200,000 a year for each of his trafficked girls. Often people are lured in by promises of a better life, only to find themselves enslaved and unable to get away. They are often drugged, beaten and abused until they pay their debt to their “owners”. This leaves the victims with emotional and often physical trauma, as well as disease. These acts that these people are forced to do devalue their self worth.

Human trafficking is something that is very heavy on my heart. Last year, I wanted to do something to raise awareness, in hopes to help make a difference. After months of research, tons of prayers, and help from great friends, I decided to conduct this shoot.  I truly couldn’t have done this without such an awesome team of passionate people. I’m beyond thankful for my sweet friend, Anna. She was the precious woman who was humble enough to be vulnerable and get covered in dirt for these photos. She has a heart of gold, and I couldn’t have picked anyone better to be the model for this shoot. Her passion and her heart shine through her eyes, as she mentally put herself in the situation of being trafficked. Can I also just point out that she looks stunning, even with bruises and dirt all over her?

No one was harmed in the making of these photos. It is all makeup. Please keep in mind that the people who are trafficked are harmed. It’s not makeup. This is real.

Let’s be the generation that says, “enough!” 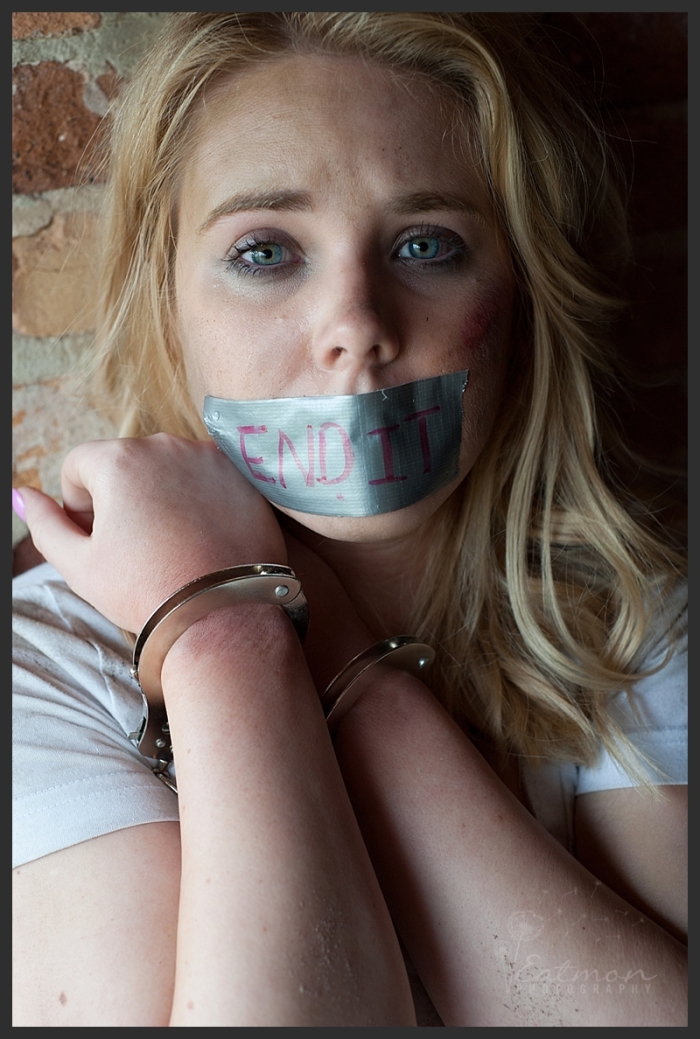 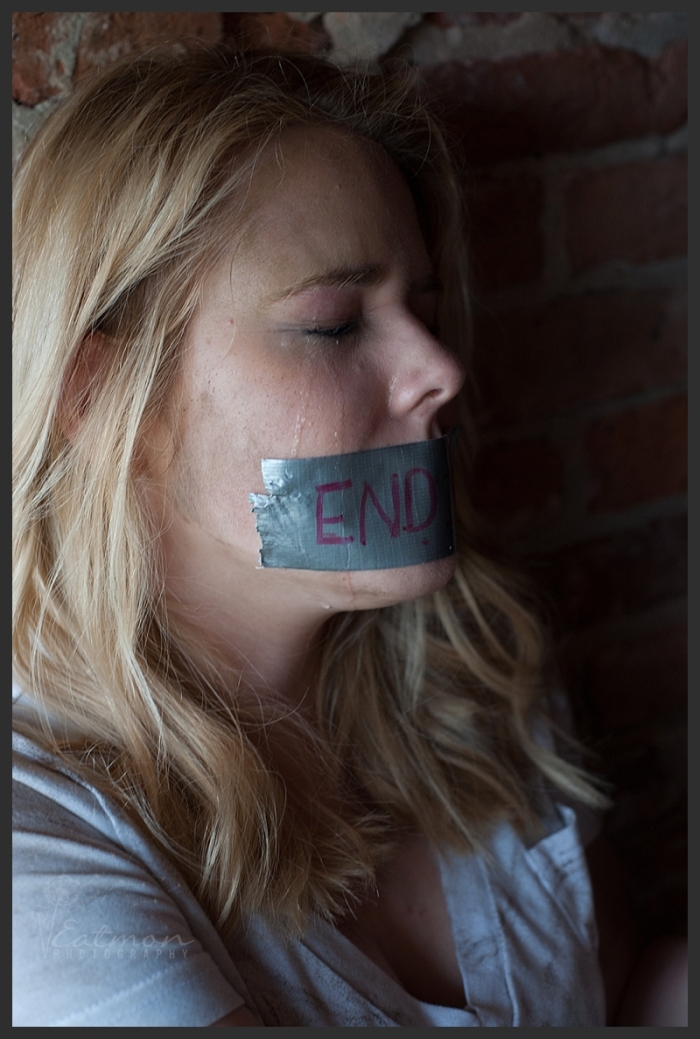 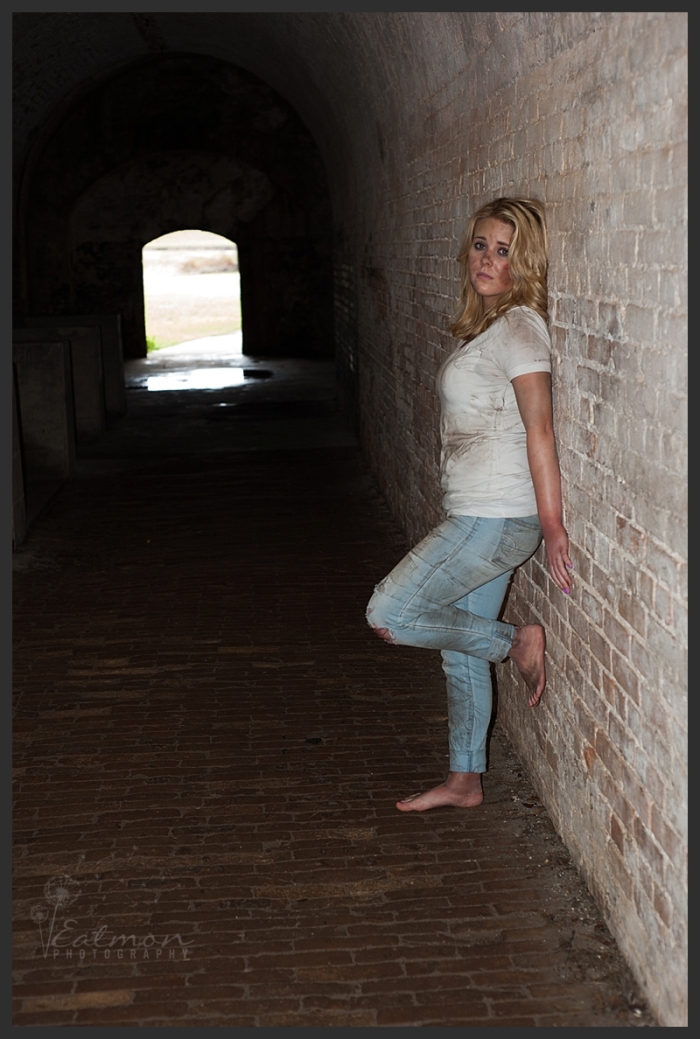 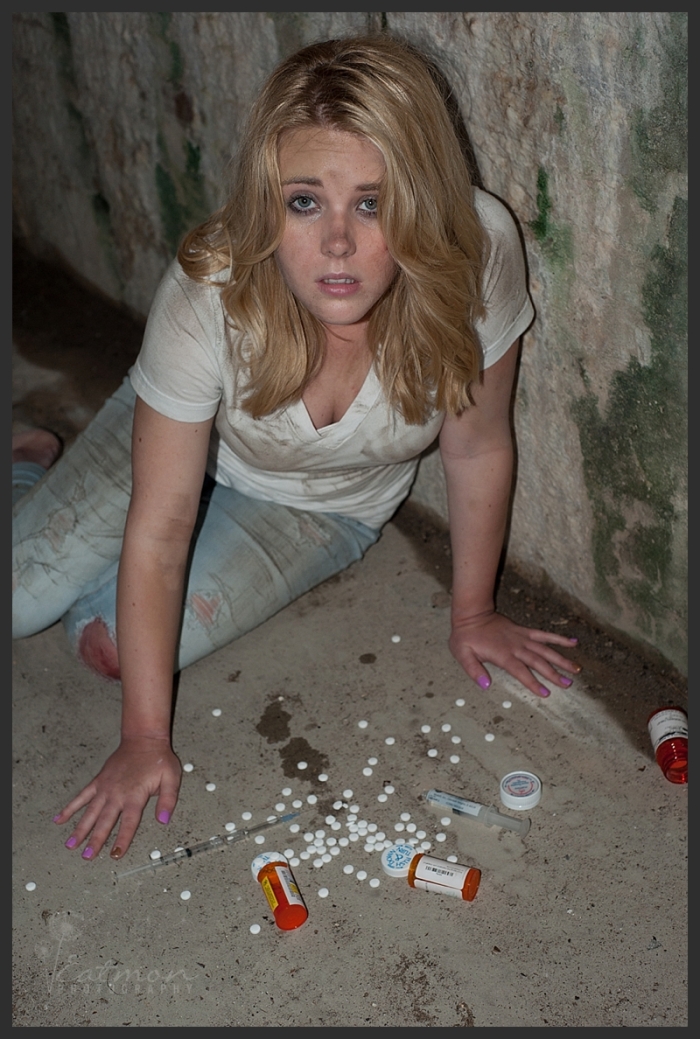 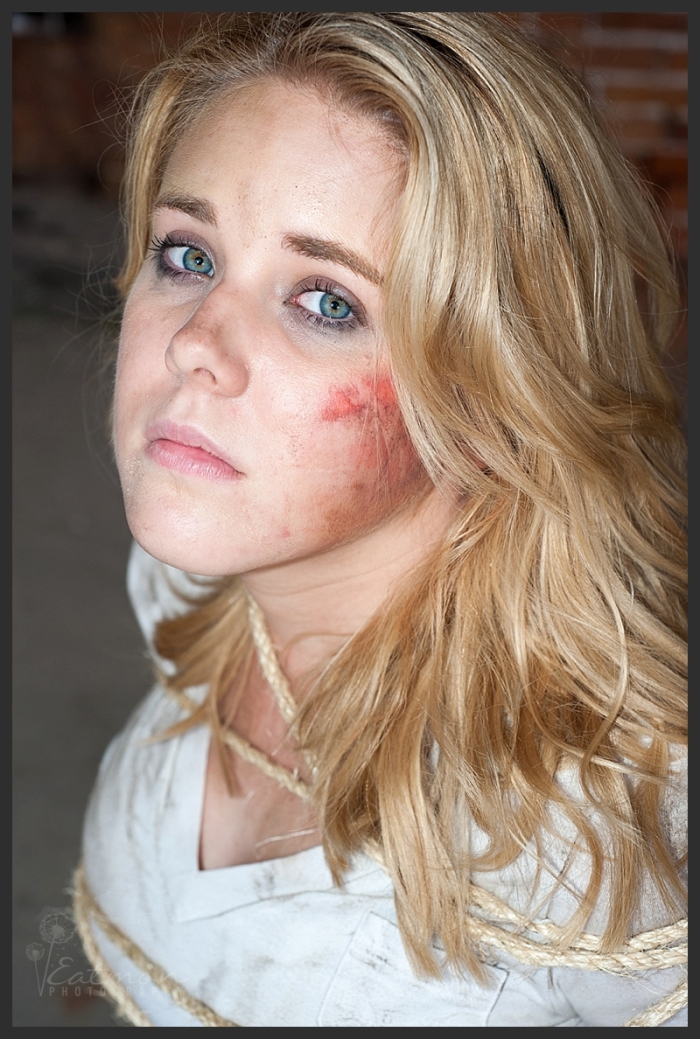 Here are a few behind the scenes photos from the shoot. My team was AWESOME!

Model: Anna Batten (Click here for a link to her awesome blog!) To this day, this is still my favorite shoot I have ever done.

February 27th is Shine A Light On Slavery Day.

Please join me in raising awareness to stop human trafficking.

Visit www.enditmovement.com to see what you can do to help.